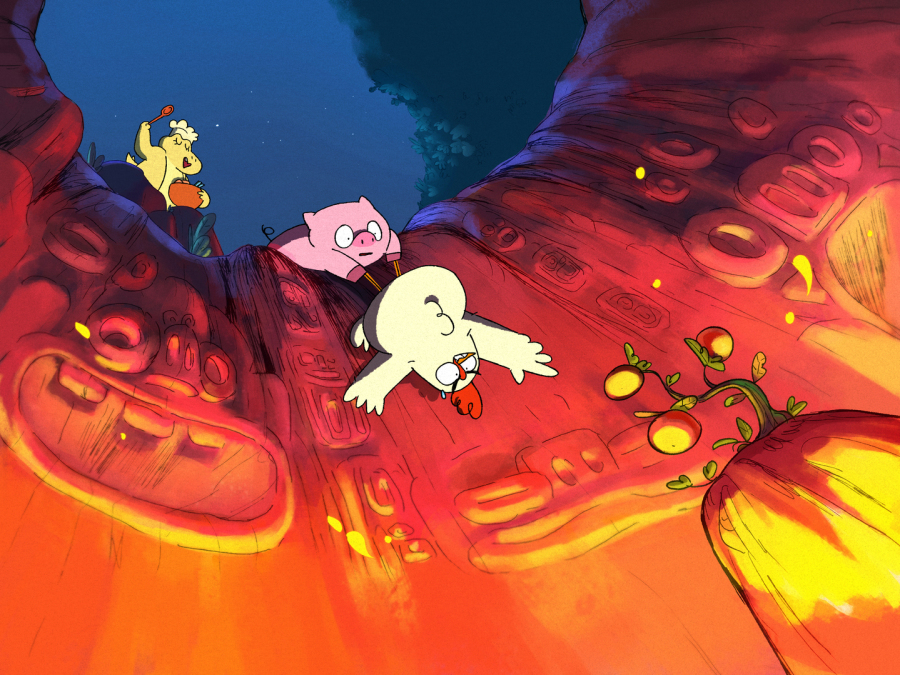 Based on an original idea by Jose Balbuena,

Frank is a proud and smarty-pants rooster with a big dream: to become a famous writer. However, his dreams get destroyed when he gets stranded on a far-away island along with his loyal companion Chops, a shy, cute pig. They both create a unique bond with Charli, a spontaneous, jungly, vegan crocodile. She's indeed the engine of the group and the leader of all their bizarre adventures together.

They'll have a complicated relationship with some other islanders, the Sausage Squad - a gang of superstitious tough boars - and deal with an ancient forgotten prophecy written in a sacred book, the Porkonomicon, protected by a crazy shaman named Hokus Porkus...

... and on top of that, they will all have to face Ms. Flaherty, an evil documentary filmmaker, an obsessive human with only one thing on her mind - the Legend of the Chosen One who can transform anything into gold using their belly button!

BFFS! is a script-driven comedy mixing adventure and friendship, talking about social relationships, intercultural exchanges and the importance of the 'group culture'. The series starts as a set of stand-alone episodes narrating self-contained adventures but within an arc story, with the prophecy subplot gradually growing as the season advances.